Exactly twenty years ago today I spent a good chunk of time sitting on the couch next to my mom. People were in and out of the room and the house, having one last visit and saying goodbye. I don’t remember everyone who stopped by and everything that was said, I don’t know if it’s a trick of time or grief or both, but my memory of that day is patchy. I remember sitting as close to her as I could. I remember telling her I loved her so often I became annoying. (“I know Jenny, I know.”) I remember being terrified, and totally alone in a house full of people.

As the day went on and mom’s condition deteriorated she was moved into her bedroom for the last time. The house was still full of people but all of a sudden I was in demand as people started needing things.

“People are getting hungry, do you have anything to feed them?”

“You’re out of clean glasses.”

If I knew then what I know now, I’d have told everyone to go to hell. Maybe I’d have phrased it differently… “If you’re hungry you’re welcome to go get food. I’m hungry too, should I tell you what I’d like to eat?” Or “Feel free to drink out of a coffee mug, or wash some glasses if you want to be helpful.” Or “I haven’t thought about what I’m doing with it, I’m focused on other things right now.” I didn’t say anything close to that though, it didn’t even occur to me. I took care of other people’s needs and sat with them, sometimes even comforting them when they were upset. I thought I was doing what mom would have wanted me to do, what she would have done had she been able. Twenty years later I’m not so sure.

My most vivid memory of that day isn’t the sound of my mom’s voice or the feel of her hand in mine. Nothing so expected. My most vivid memory is being taken into the backyard for a “private chat” and the taste of blood in my mouth from where I’d bitten through skin. The private chat wasn’t so much a chat as a lecture. I was told that I was on my own now, and no one was going to help me. The sliding glass door was gestured to indicating the visitors behind it and I was told these people were here for mom and not me. Once she was dead I would be on my own. I distinctly remember being told that I was going to end up living in the street and that I would be lucky to have a cardboard box to sleep in. The person telling me this offered a solution too… If I gave them access to “the money” and “learned how to do what I was told,” I could avoid the fate in store for me.

To this day I have no idea what “the money” refers to. (If anyone knows anything about hidden money please speak up, I could really use it.) In reality, our household was that of an uninsured single mother fighting cancer and I was just a teenager. There wasn’t always money for necessary things, including medical treatments. There was no retirement accounts, no trust funds, no sources of income other than the obvious, nothing that could even vaguely be referred to as “the money.”

As far as “learning to do what I was told,” I honestly can’t say I know what the speaker meant. What I heard though, was an offer to hand my free will and life choices over to someone who didn’t ask or care about what I wanted. I don’t remember if I declined the ‘offer’ or just sort of wandered back inside to get someone a refill. (At least two other people in the coming days would offer to open up their home to me, but there were strings attached to both offers and I declined them as well.)

I know there were people in that house who were trying to be supportive of me, and I don’t want it to seem like everyone was only thinking of themselves, but I think they didn’t know what I needed and I didn’t know how to ask. By night time the house cleared out, only a few people staying. I know I sat by mom’s bedside at one point, but I really don’t remember. I have never felt such exhaustion, physically and emotionally.

Someone was sitting with mom. She wasn’t alone. I went to sleep in my room. The next thing I knew it was early morning and someone was banging on my door. “Jenny it’s time to get up, your mom is dead.”

I remember speaking with the Doctor. I remember following the mortuary van down the driveway and out into the street, even though there was no reason for it. She was gone and I was alone.

The two people in my life who I thought I could count on for help at this time disappeared entirely. I know I wasn’t the only one grieving, I know it’s not all about me, but I was left alone with people who thought I was there for them and not the other way around.

Twenty years minus one month ago someone I loved and trusted said to me “It’s been a month and you’re still sad. Something is wrong with you.” Hearing those words felt like a punch to the gut.

It’s true that she’s here with me every moment, so much of who I am is directly from her and I love that. It brings me comfort. But it’s not the same as having her, not even close. I can try to hear her voice or imagine what life advice she’d give me. When I moved to Los Angeles someone very close to her told me she’d be horrified at what I was doing. (I had thought she’d want me to follow my dreams and pursue a happy life.) The same person told me that Mom would be embarrassed by me one time when I was really sick and not doing what this person thought I ought to be doing to get better. (Years later I would find out that my sickness was a Multiple Sclerosis attack but at the time I was treated like I was being lazy, whiny, and melodramatic.) The worst instance of this was a relative telling me that I’m a humiliation to the entire family and I should be glad she can’t see me. Another person who didn’t get along with Mom when she was alive and doesn’t get along with me at all likes to call me by my mom’s name if I don’t think the same way they do. I’ll be told “Okay, Stefanie.” It’s meant as an insult. I take it as a compliment.

My Mom wasn’t perfect, like everyone she had many flaws. But she was loving and funny and kind and loyal and caring and all of the good parts of human nature. She was the first and last person who ever loved me unconditionally. I still miss her everyday, but that’s okay, I know who she would want me to be and I think maybe I am. I think she’d be proud of me.

I can’t wrap my brain around that. It’s been way more than 18 years since I’ve hugged her or told her about my day or heard her tell me she loved me. It’s been a hundred years at least. It feels closer to a thousand years…

On the flip side, she’s here with me constantly. Not just in photos around my apartment or genetics, but in who I am, the things I think or do or say. (Who remembers my mother after a delicious meal sitting back from the table and exclaiming “my seatbelt is too tight!” That’s something I do too.) So much of who I am is from my mother that it’s never felt like she was gone, maybe just away for a long while. Every time I eat at The Bear Pit, Mom is with me. Whenever I go to the cemetery and leave jelly beans instead of rocks, Mom is with me. (There’s no deep philosophical meaning to jelly beans in regards to death, don’t look for one. Once when I was a kid we couldn’t find any stones or rocks to put on the headstones we were visiting, but in a flash of brilliance Mom remembered we had jelly beans in the car so we used those instead. We laughed so hard we cried!)

I guess there’s no real point to this post except to acknowledge the passing of time. It’s been half my life, but she’s here in me every day.

For many years Mother’s Day was a sad day, or one I avoided thinking about. Recent years, though, my perspective has changed. I don’t have a “Mother” and I haven’t for a long time, but something happened when I lost my mother that I’m not sure I really saw at the time. Looking back it seems so clear. The perspective of time I suppose…

When I lost my Mom there were lots of different women in lots of different ways that stepped in and helped me. It didn’t matter if it was a specific problem I was having, a task that needed to be done, or just advice from someone who had been there before me, I was still getting “mothering” when I needed it. I feel like I still am. I might be a “grown up” but I’m not done growing and I don’t think I’ll ever be.

(We are all growing and changing as we move through life, or at least I believe we should be. I can’t imagine getting to a point where I say to myself “okay, that’s it, I’m done. I know everything I need to know in life.” Like there is an arbitrary finish line we reach while we are still alive. Huge milestones along the way, sure, but never finished. And how boring a life would that be, a life with no new experiences in it? But now I’m getting off on a tangent…)

There were countless women who helped with tasks like arranging a funeral and gathering afterwards, to those who listened to me and helped me know that I wasn’t alone. In the days, weeks, and months that followed my Mom’s passing I started to learn that family is connected by love, not blood. Many of the women I am talking about are still in my life today. The ones who aren’t, for whatever reason, will always hold a special place in my heart for the time they did share with me. And on this Mother’s day I will think about my Mother and how much I miss her, but I will also be thinking about all of the amazing, nurturing, giving women who picked up in teaching me about life where my Mom left off. (Not to exclude the men in my life, they were there for me too but we’ll wait until Father’s Day to talk about them.) 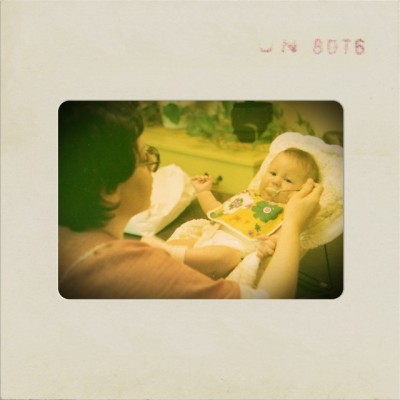 Happy Mother’s Day to all of you! Even if you can’t hug the person who gave birth to you, today can be a celebration of family, love, growing, gratitude, and everything our mothers (or others) taught us.