Thanks to a wonderful friend, I was able to go to the Venice Christmas Concert last night in Santa Monica.

Now as a “nice jewish girl” Christmas carols don’t mean a whole lot to me, but Venice shows are just magical and the Christmas music is no exception. Venice just released a new double album (you can order it here) so the show was a mix of old favorites, new songs, and of course holiday tunes. Here are a few of my favorites:

Cool Me Down (with a holiday twist!)

(This is the song with lyrics I have tattooed on my wrist.)

Winter Wonderland (with a special Venice twist to the lyrics!)

An awesome tribute to Virginia Lennon who works so hard to make these concerts happen!

I put all these Venice posts into the “Reviews and Recommendations” category because I love them and I think you will love them too. If you enjoyed these videos, check out some more of their music. Maybe you’ll find an album or two that you love… Click on the photo below to go to their website.

Saturday night I was privileged to be in the audience at The Lennon Family Concert, an annual fundraiser in Santa Monica, CA. Officially the line up was The Lennon Sisters, Venice, The Lennon Brothers & Gail Lennon, The Lennon-Cathcart Trio, Ted Lennon, Tim Lennon, and Charlie Vaughn. Unofficially the lineup was somewhat more… flexable. I’m sure the amount of organization it took to pull off a night like we experienced was staggering, but it didn’t feel organized at all. If felt like the Lennon family invited some people (the audience) over to visit, and members of this uber-talented family wandered in and out of the room (on and off the stage) in various combinations all while singing, playing an instrument, or both.

Our seats were in the very last row so pictures are a little blurry and videos are shaky and often interrupted by audience member’s heads, but I think they will give you a little peek of what I experienced. I hope you enjoy them!

The opening number from the show will sort of give you an idea of the family atmostphere up on stage.

Venice performed some old favorites, and one new song. (I’m not putting the new song online, but it is out there if you search.)

If I Were You

All 6 of the Lennon girls took the stage together performing The Heather on the Hill from Brigadoon.

Then it was the boy’s turn.

Finally all 11 siblings took the stage together.

These are just some of the high-lights, there were so many wonderful performances throughout the night. I remember years back when some band members were welcoming children, last night a few of those children took the stage and showed they are as talented as the rest of their family. It was a truly magical night! 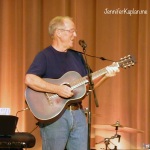 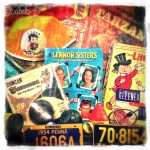 Going out for post-concert milkshakes, what do we see above our table? 😉

The charities benefited by The Lennon Family Concert are The Santa Monica Bay Woman’s Club, The My Stuff Bags Foundation, B.R.A.I.N., and The Dr. Susan Love Research Foundation.

Today the Pine Mountain Logs (Venice’s “alter ego” band) performed a free, outdoor concert in Playa Vista. I’ve been to these concerts in past years, they have always been a great time. I love the music, and the crowd is enthusiastic without being obnoxious. (Pretty much the opposite of a bar or club crowd!) People dance and sing along, kids run around dancing and playing, and you are more likely than not to make friends with people on blankets around you. It’s pretty much my ideal concert experience.

Every time I post about Venice I link back to the audio clips on their website, hoping you’ll give them a listen if you aren’t familiar with them. They’ve been my favorite band for many, many years. (The lyrics I have tattooed on my wrist are from a Venice song.) The Pine Mountain Logs are nearly the same line up as Venice, but they perform covers. 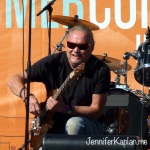 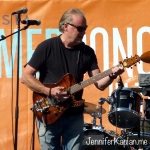 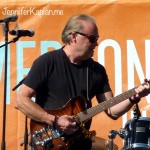 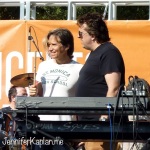 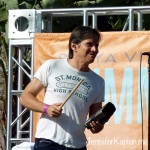 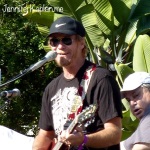 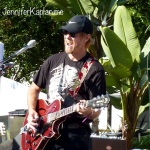 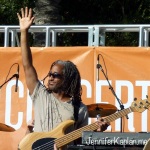 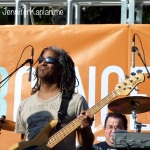 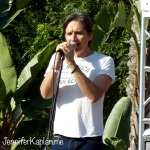 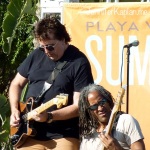 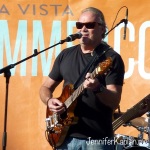 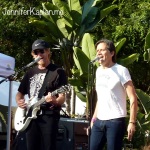 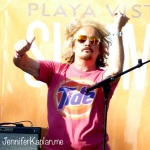 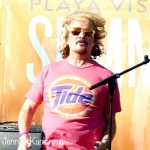 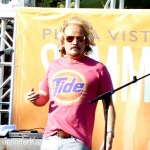 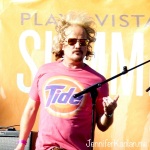 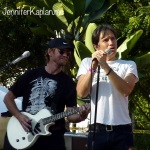 (I didn’t intend to ignore Dann Gillen on drums, it was just impossible to get a photo of him from where I was sitting. Sorry Dann!)

The band Venice has an “alter ego” band where they perform all cover songs, called The Pine Mountain Logs. They performed a free concert in the park in Playa Vista, CA. 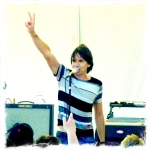 I really encourage you to go to the band’s website and give them a listen, they are truly fantastic! (And if you are wondering why so many band members have the same last name, there is a FAQ on the site that will tell you everything you need to know.) 🙂