Social media has been good to me lately. Really good. So you remember that I just got back from a NASA Social at Kennedy Space Center? Still recovering from that trip, I was selected for another social media event, this time to go to the California Science Center. (This one involved significantly less travel!)

From the press release:

“Go for Payload” is a delicate operation that will install a flown SpaceHab and other equipment into Endeavour’s Payload Bay. The installation of the SpaceHab will take place on the day of the news conference.

The payload being installed is a similar configuration to the load carried on the STS-118 mission. Former NASA astronaut Barbara Morgan, who served as STS-118 Mission Specialist, will be present at the news conference. The operation takes place from now to October 25, 2014. This will be the first time the payload bay doors of an operational orbiter have been opened anywhere except at the Kennedy Space Center or the Palmdale assembly facility. The doors are made of very lightweight composite material and were not designed to be operated on Earth under its gravitational influence. As a result, it requires specific equipment and procedures to operate safely. This will also be the last time a payload is installed in a space shuttle.

Walking in, Endeavour was as awe-inspiring as she always is but there was a little more ‘oomph’ to her this time as she was all open and ready for the SpaceHab to be installed.

I just want to crawl through the hatch!

These guys had the best view!

Getting the SpaceHab ready for transport 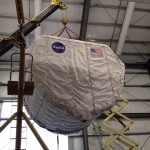 Clearly I have made the wrong choices in life if there is some combination of life choices that ends with climbing around inside a space shuttle. 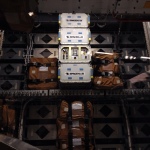 Brief clip of Astronaut Barbara Morgan during her Q&A

In front of Endeavour

Also really cool: Allen Chen was at the event as a social media participant. You might remember him from the night Curiosity landed on Mars. Yup, he lands things on other planets for a living. If not the coolest job ever, definitely in the top 5! It took a little bit of effort not to follow him around and pester him with a zillion questions about what he does, thankfully there were other things happening to distract me. 😉

The hashtag for the event was #GoForPayload if you want to search social media and see other people’s photos and video. The California Science Center can be found on twitter here and Facebook here.

When you’re at the California Science Center you can’t not go visit your favorite exhibits.

Some of my favorite modes of transportation

Inside of the hatch of the Apollo capsule

Inside of the hatch (and close ups) of the Apollo capsule 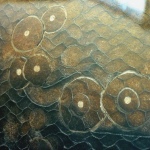 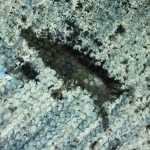 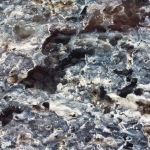 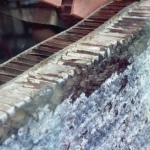 Click for a really great series of photos on CollectSpace.com

(The back of my head is twitter-famous!)

(Okay clearly I’m mostly interested in the pictures where you can see me, but can you blame me? I’m in the same photo as a space shuttle, that’s never getting old!) 😉

A great picture of SpaceHab’s final location, inside Endeavour

When Endeavour’s permanent home is built she’ll be displayed vertically with a fuel tank and boosters, as though on the launch pad ready for take off. I can’t wait!